For the simulation of various chewing movements in the mouth

The functional principle of the CS-4 device set standards in pre-clinical screening of material since 1998 but could be further improved and adapted to our customers' wishes: 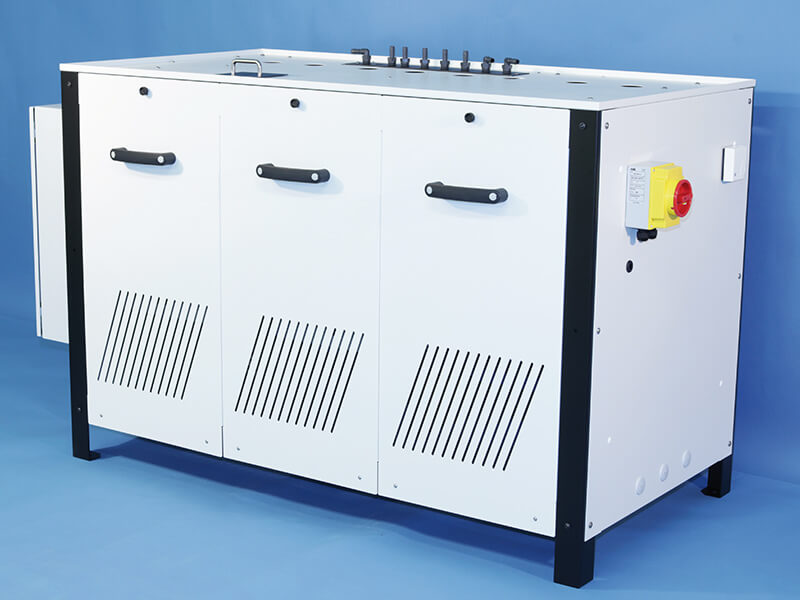 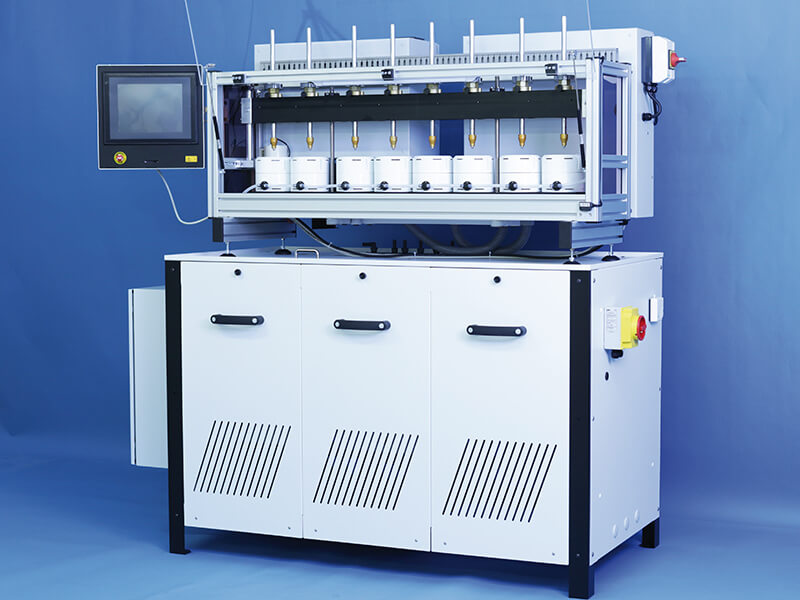 CS-4.8
The same load values act in all chambers. 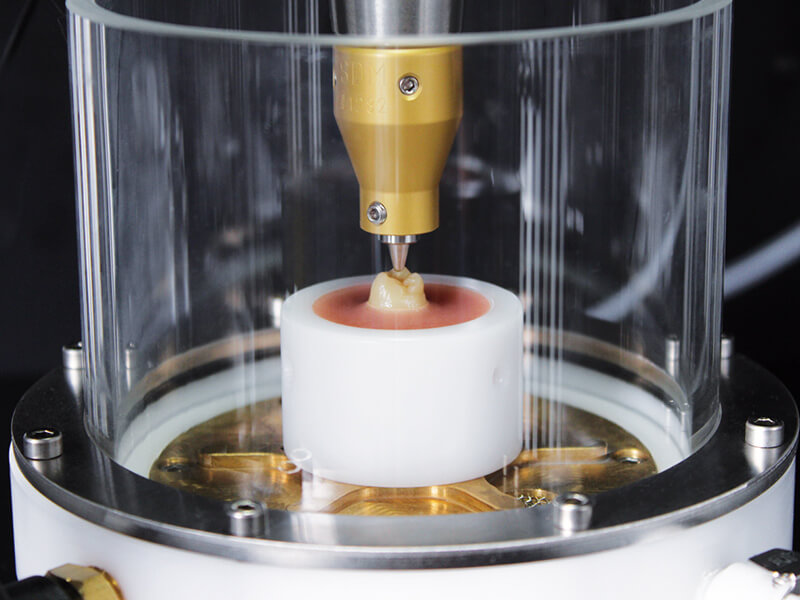 CS-4.8
Antagonist hits material sample with defined parameters.
CONTACT US NOW!
Do you have any questions about performing tests or test equipment? Or would you like to know more about our services? Please contact us now! We're here to help.
CONTACT NOW

An antagonist strikes a specimen in accordance with defined parameters. The loading force is produced directly by precise weights, and is transferred to the specimen. The same load values operate in all the chambers. The use of a modern motion controller allows a whole variety of motion patterns to be programmed. This initially enables the user to programme freely definable movements in both axes using the application software which is included. This allows for example the antagonist to be set to strike at minimal speed so as to reduce to a minimum the forces transferred to the specimens.

The weights are freely mounted on a traverse which is raised or lowered by a servo motor. The traverse connects all the weights together so that the kinematics are identical for all antagonists, with the aim of producing comparable results. As a result of the free mounting of the weights, at the moment when the antagonist strikes the specimen only the force of the weights operates - without any losses and clearly defined. This allows a particularly precise and realistic simulation of the chewing process.

The strike speed is adjustable in such a way that a defined momentum which culminates in a defined peak force is fed into the specimen.

The chewing simulation in line with this procedure constitutes a standard which is applied on a worldwide basis in universities, dental clinics and by manufacturers.

This website uses cookies to improve your experience while you navigate through the website. Out of these cookies, the cookies that are categorized as necessary are stored on your browser as they are essential for the working of basic functionalities of the website. We also use third-party cookies that help us analyze and understand how you use this website. These cookies will be stored in your browser only with your consent. You also have the option to opt-out of these cookies. But opting out of some of these cookies may have an effect on your browsing experience.
Necessary Always Enabled
Necessary cookies are absolutely essential for the website to function properly. This category only includes cookies that ensures basic functionalities and security features of the website. These cookies do not store any personal information.
Non-necessary
Any cookies that may not be particularly necessary for the website to function and is used specifically to collect user personal data via analytics, ads, other embedded contents are termed as non-necessary cookies. It is mandatory to procure user consent prior to running these cookies on your website.
SAVE & ACCEPT