Perform these and more tasks with our CS-4.2

The new Chewing Simulator CS-4.2 by SD Mechatronik is a universal device to carry out these and other tests reliably and quickly. Special importance has been given to mechanical stability while developing it, ensuring that the results are maintained during extended operations as well. 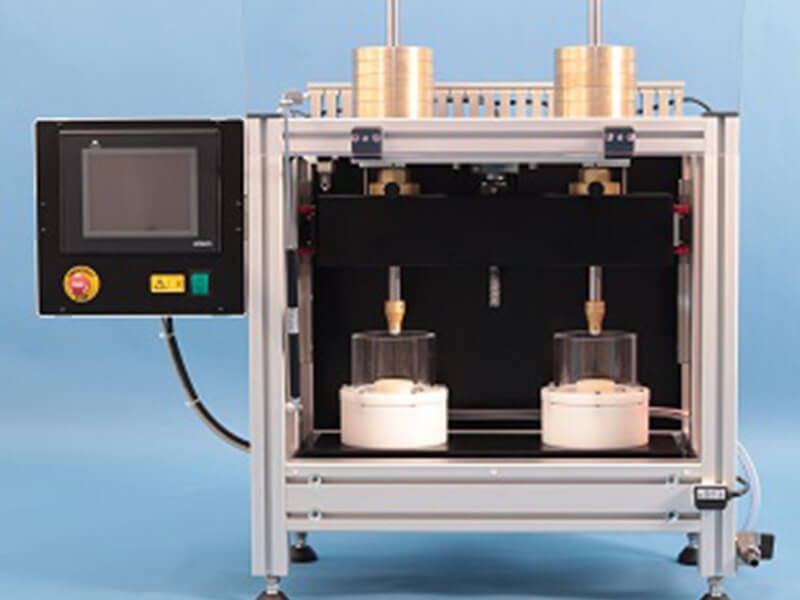 Two motor driven axles simulate different motion patterns. One axle moves the table on which the specimen chambers are mounted. The second axle lifts and sinks a traverse with weights. The weights loads the antagonists and generate contact pressure during the abrasive motion. The weight can be determined by the user. The traverse paths of the axles and the speeds can also be set independently from each other. It is possible to move either both the axles, or only one of them (e.g. for bruxism simulation). The various possible settings make the Chewing Simulator CS-4.2 a highly universal and versatile device for your laboratory.

The chewing simulation in line with this procedure constitutes a standard which is applied on a worldwide basis in universities, dental clinics and by manufacturers.

This website uses cookies to improve your experience while you navigate through the website. Out of these cookies, the cookies that are categorized as necessary are stored on your browser as they are essential for the working of basic functionalities of the website. We also use third-party cookies that help us analyze and understand how you use this website. These cookies will be stored in your browser only with your consent. You also have the option to opt-out of these cookies. But opting out of some of these cookies may have an effect on your browsing experience.
Necessary Always Enabled
Necessary cookies are absolutely essential for the website to function properly. This category only includes cookies that ensures basic functionalities and security features of the website. These cookies do not store any personal information.
Non-necessary
Any cookies that may not be particularly necessary for the website to function and is used specifically to collect user personal data via analytics, ads, other embedded contents are termed as non-necessary cookies. It is mandatory to procure user consent prior to running these cookies on your website.
SAVE & ACCEPT